Register now for free access to 4 days of African drum kit lessons and add a new dimension to your repertoire.

The story goes that in the late 1960s, Meri Djo Belobi, drummer with the pioneering Congolese band Zaiko Langa Langa, travelled with his fellow musicians from Brazzaville to Pointe Noire on the coast by train. The band spent the entire journey singing to the rhythm of the wheels on the track. Back home, they asked Meri Djo to invent a drum pattern that mimicked that sound, and the result was cavacha, the heartbeat of soukous music. 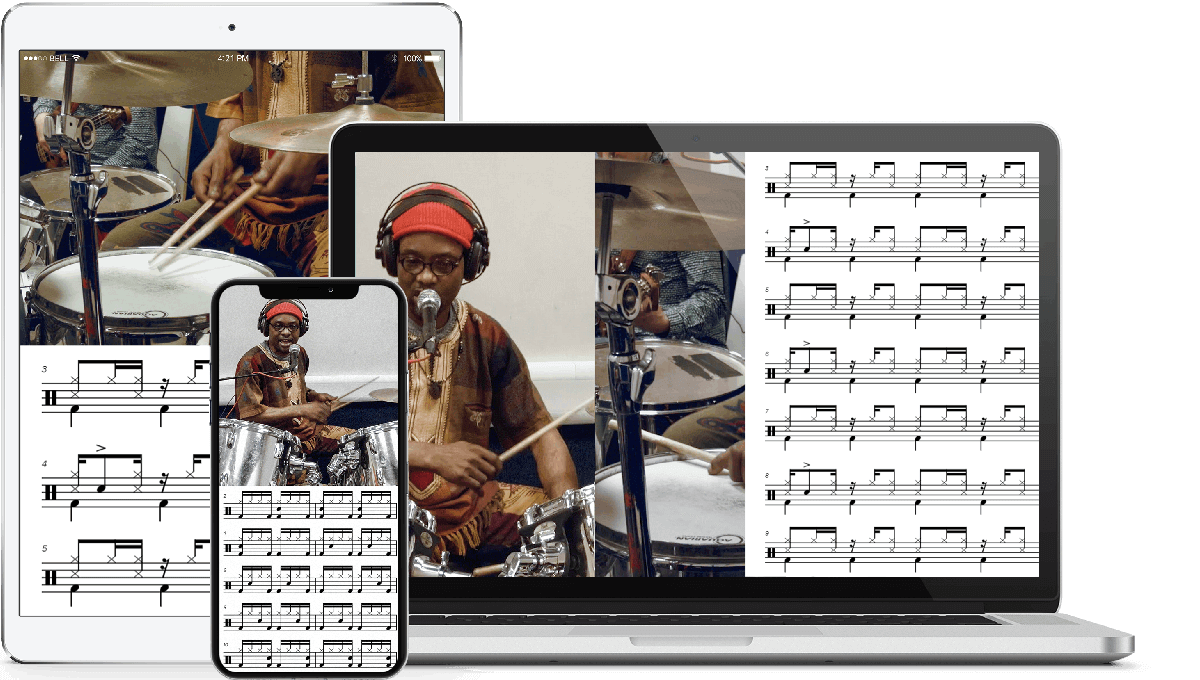 Meri Djo later claimed that cavacha was actually based on a traditional rhythm from one of regions of the Congo that he had heard in a bar. Whatever version of the story you believe, cavacha certainly hurtles along like a train on a track. In the Congo, it’s known as ‘machini ya Kauka’, the ‘Engine of Kauka’, Camp Kauka being the downtown neighbourhood of central Kinshasa where Congo’s main transportation company has its headquarters, and where many of the founder members of Zaiko Langa Langa lived. Over the past half century, cavacha has become the most influential rhythm in African music.

Africa’s most influential and exported rhythm of the last 50 years; Cavacha from Congo, holds the key to unlocking and understanding the full story of a continent’s worth of African groove.

the arrival of the african drum kit

The Birth Of The Cavacha Rhythm 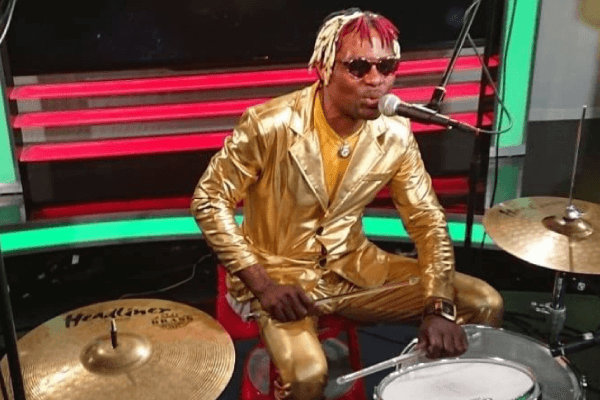 In the 1960s, not long after the Congo’s independence from Belgium, most Congolese bands were playing rumba, a local interpretation of the many Cuban records heard on Radio Congoliya and Radio Congo Belge from the 1930s onwards. Leading Congolese orchestras such as Le Grande Kallé’s African Jazz or Tabu Ley’s African Fiesta travelled more and more to Europe and, gradually, they exchanged the traditional percussion of the Cuban-style rumba groups (congas, maracas etc) for a full drum kit, with its heavier rhythmic impact.

Meri Djo’s train-inspired rhythm involved laying down a four-to-the-floor beat on his kick drum, then adding the train rhythm on the snare with force, accentuating the da-da-dada-da-da and embellishing the spaces with sixteenths lightly ghosted on the snare. When the band first heard it, they turned around in amazement and, energised by this unheard sound, they quickly adapted their old rumba parts to it. The new style was soon lighting up dancefloors all over Africa and the rest of the world. Cavacha was born.

why every african drummer

Allowing the cavacha rhythm to dominate the second part of a song, which is known as the sebene, quickly became an essential ingredient for success. The sebene developed into the defining high-energy dance-fuelled component of Congolese pop music. It always followed on from a slower more melodic vocal section and was characterised by short sharp vocal interjections and commands to the dancefloor, delivered by a kind of MC called an atalaku to fire up the crowd. Cavacha-dominated sebene sections would follow rumba or zouk sections endlessly through the night, not only in the Congo, but all over sub-Saharan Africa and other parts of the world.

It became clear that if you wanted to conquer Africa, you had to learn how to play the cavacha. In 1979, in Paris, the iconic Congolese musician Kanda Bongo Man handed a DJ a track of pure sebene, with the initial slower, subtler part of the song removed. It was an instant dancefloor hit, and Kanda Bongo Man began playing his shows by launching directly into the sebene. His new style was 100% soukous, with all trimmings cut away and pure energy left behind.

The word soukous, from the French secousse meaning ‘a shake’ or ‘a jerk’, first emerged in the late 1960s in Brazzaville, to describe a newer faster version of the rumba style. Many claim paternity, but its actual origins remain fairly obscure.

Register now for free access to 4 days of African drum kit lessons and add a new dimension to your repertoire.