Desert Blues. The Sound of the Sahara

Imagine traveling from the Middle East into Africa. What sound would you be hearing as you encountered nomadic caravans camped at each desert oasis? Likely it would be desert blues, a music both ancient and contemporary, a guitar style that is beautifully haunted yet capable of wild, spontaneous improvisation and intense rhythmic groove.

In these remote lands, often torn apart by conflict, music brings people together: the Festival in the Desert in Northern Mali existed as the most exciting celebration of guitar-based music anywhere. Here musicians from across the world gathered to hear and learn desert blues guitar. This elemental sound blends the Tuareg musicians of the Sahel region with the mystical healing tones of the Moroccan gnawa and the African timbre found in the ancient and beautiful music of Mali, Senegal and Mauritania. Shaped by ancient civilizations, the very basis of blues and jazz, rock and trance, a sound that inspires souls to fly.

One thousand years of North African history…..plugged into an amplifier. 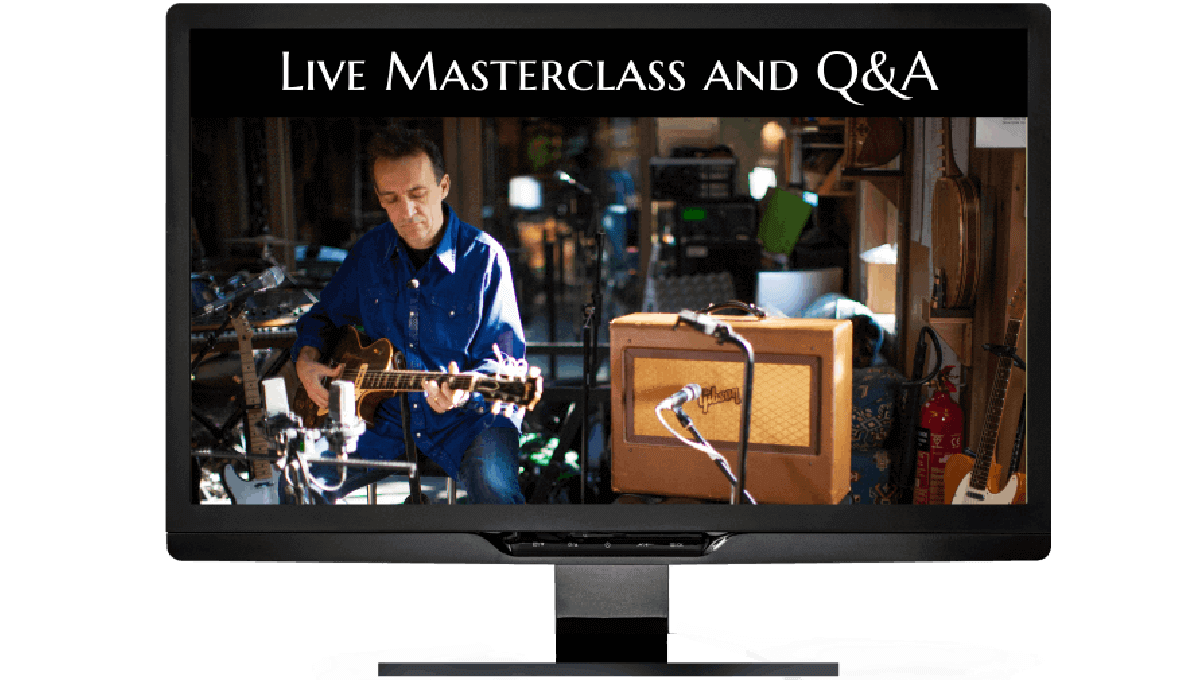 Receive your invitation to the next live masterclass and Q&A and gain immediate feedback and answers from Justin Adams. 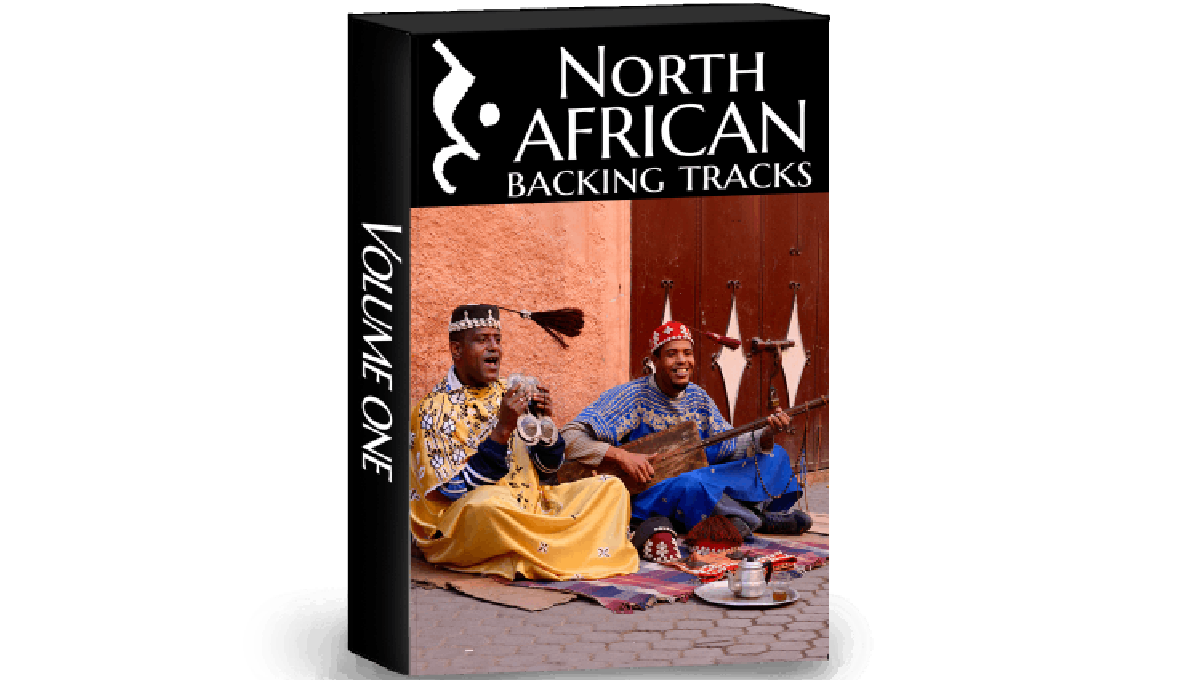 Put your new techniques into practice and jam with Justin over traditional North African guitar grooves so you can develop your own authentic feel and be confident playing in a variety of new styles. 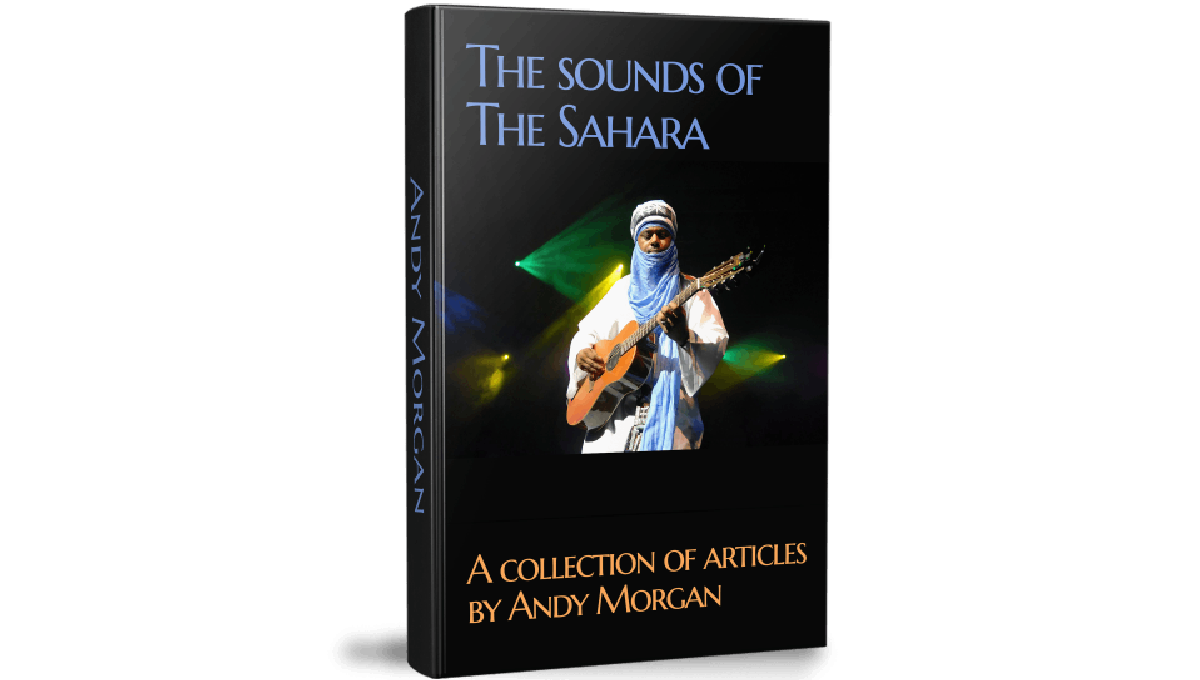 sounds of the sahara – ebook

Through a collection of articles by Andy Morgan learn about the different artists pioneering Saharan guitar music. 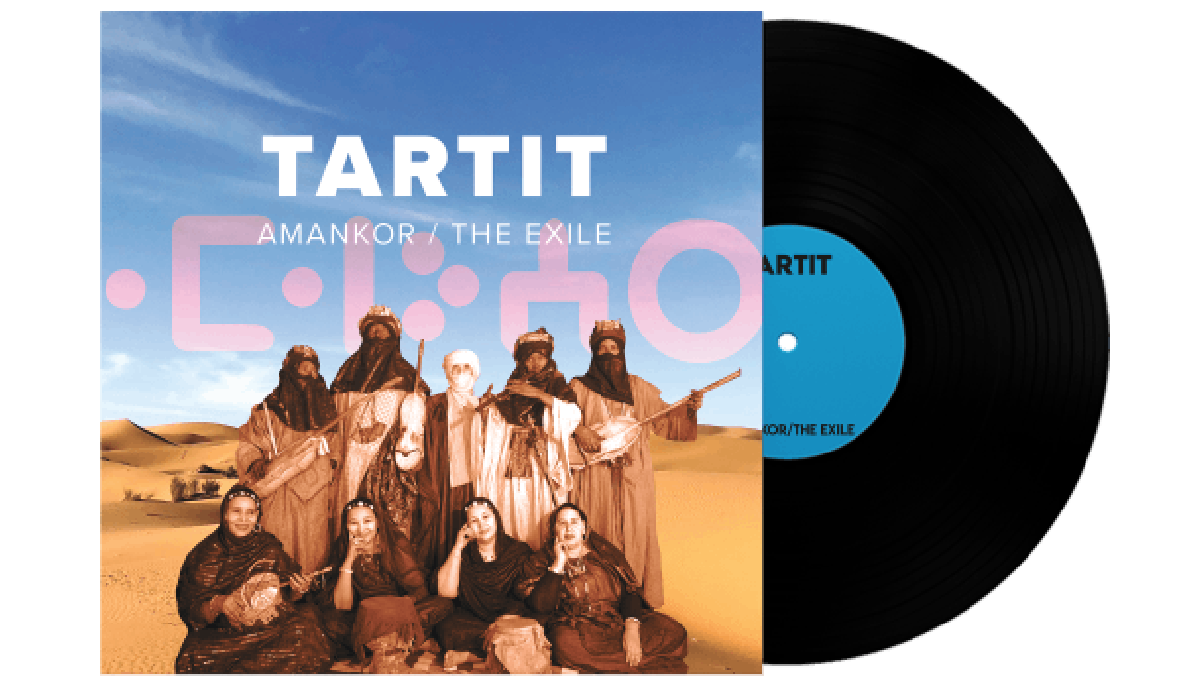 Download the album by the guardians of Tuareg music Tartit, hypnotic music abd a culture under attack.

Register today and get immediate lifetime access to the following

the sounds of the sahara – ebook

lifetime access to the course and all bonuses for only

Thanks to a 30-day money-back guarantee, you can now try the Desert Guitar – Origins course completely risk-free, with no strings attached.

Ready to get Started? 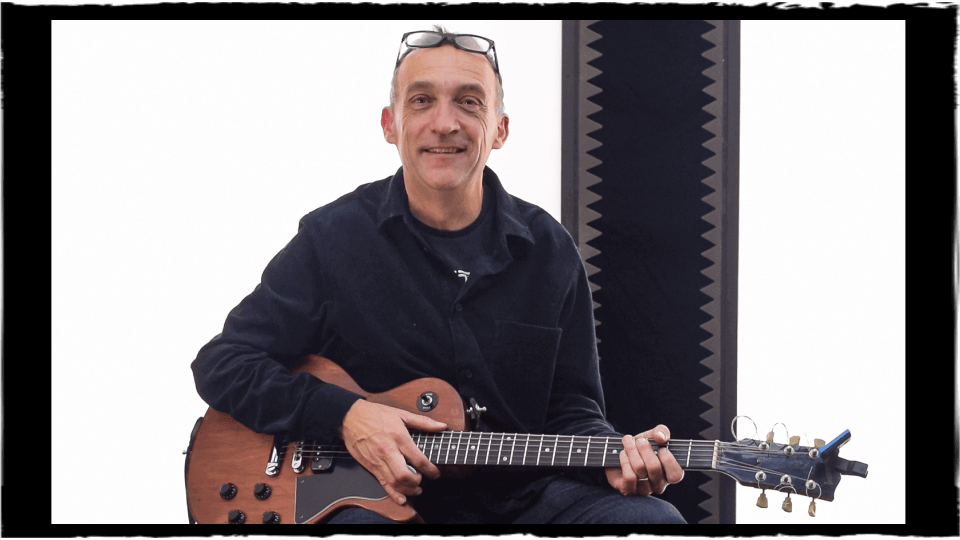 Justin Adams needs little introduction, he being one of Britain’s master guitarists - whether he’s Robert Plant’s right-hand man or Jah Wobble’s foil, producer of Tinariwen and Rachid Taha, a studio collaborator with the likes of Brian Eno and Sinead O’Connor, half of the JUJU duo with Gambian griot Juldeh Camara or joining Ben Mandelson and Lu Edmonds in maverick folk trio Les Triaboliques.

Adams' long connection with the music emanating from the Sahara and North Africa has ensured that he is amongst the most influential electric guitarists of the 21st Century. Just as his British forefathers Jeff Beck and Eric Clapton picked up on US blues and rockabilly to pioneer new levels of dynamic improvisation in rock guitar, Adams’ immersion in (and understanding of) the music of the Berbers and Tuareg - who roam the Sahara - and the griots of Africa has literally expanded and enriched the electric guitar’s sonic palette.

Born in London and spending his early childhood years in Egypt - his father was a diplomat - Adams grew up loving both the British pop/rock music he heard on the BBC and the North African music encountered on the streets and souks of Cairo. As a young guitarist back in Britain it was his ability to blend elements of both musical cultures that made him such a distinctive musician and an in-demand player for visionary producers and band leaders who wanted to step outside convention.

Justin Adams teaches a rhythmic approach to North and West African styles of playing guitar that is based on both groove and musical dialogue: these traditionally oral (non-written) forms of music are inclusive, open to long improvised sections, and can be very flexible. Adams’ guitar lessons will give students an insight not only to music from that region, but all the music that has its roots in the African diaspora who, via slavery and migration, have gone on to shape the world’s popular music: – from blues and jazz through Latin American salsa and Caribbean ska, reggae, calypso, zouk and beyond. And, of course, rock and roll guitar whose origins rest deep in West Africa.

“I became fascinated with the almost infinite forms of traditional music,” says Adams, “often using ancient stringed instruments and trance like dance rhythms. Sometimes it’s just party music, but modern bands like Morocco’s Nass El Ghiwane and Tuareg legends Tinariwen have politically engaged lyrics. While traditional forms such as Gnawa have a spiritual, healing function in society. Also, the West African Griot (hereditary musician) has a role as commentator on society and historian. Finally, it’s just such exciting, beautiful, enchanting music. I wonder where my guitar playing would be if I’d never been introduced to this world. ” 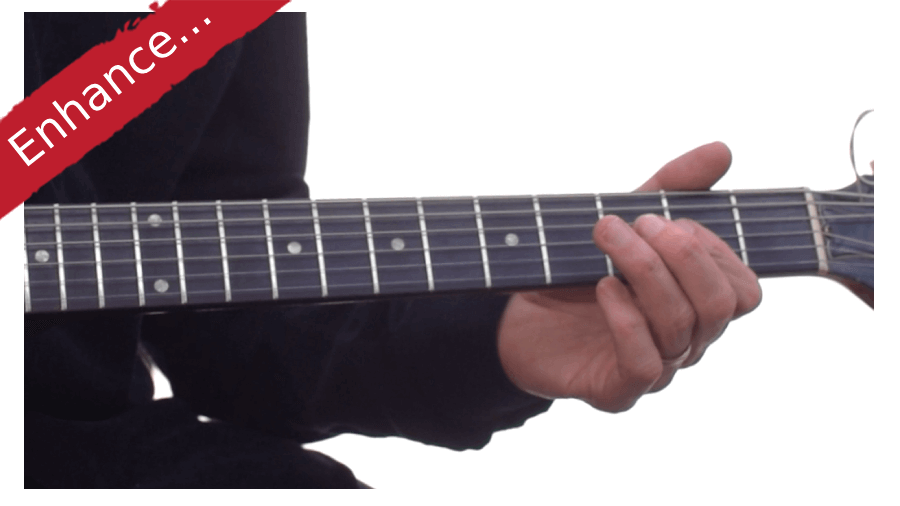 ….. your repertoire with a new vocabulary of iconic desert guitar licks. 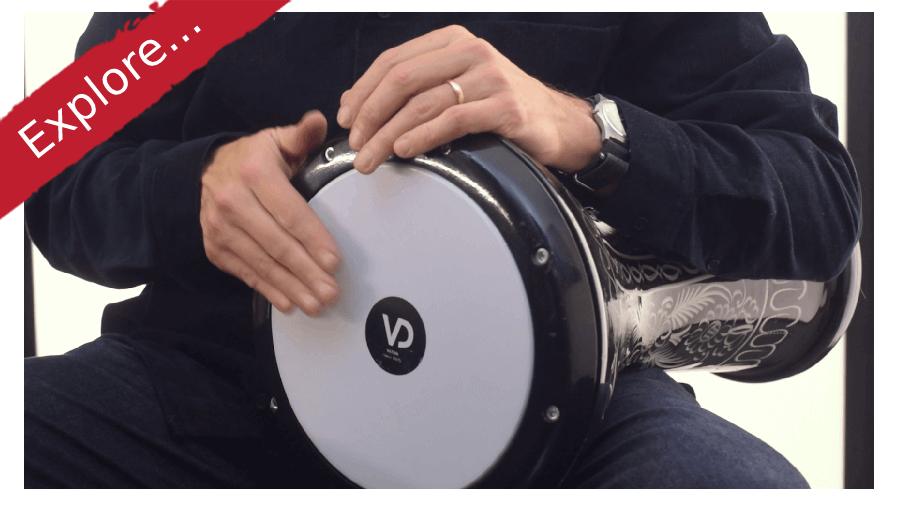 ….. the rhythms of North Africa, understood from a guitarist’s perspective. 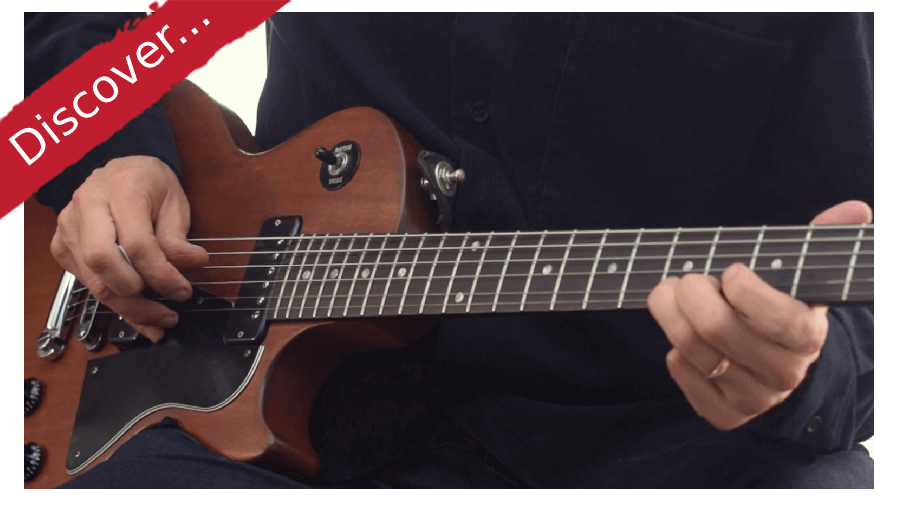 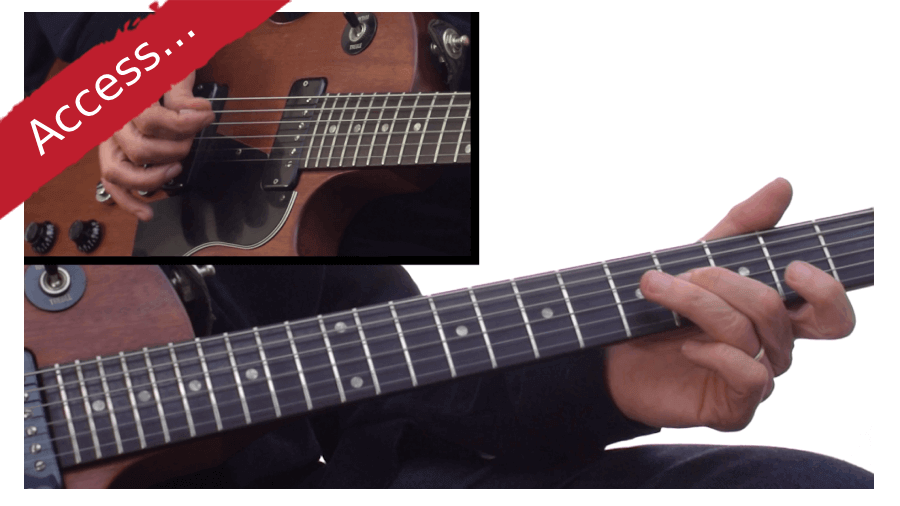 lifetime access to the course and all bonuses for only